Dr Rhiannon Jones is an artist researcher for the Digital and Material Artistic Research Centre (DMARC) University of Derby. Her research is focused on the artistic and spatial design of conversation and the construction of cultural change with an artistic research context.  She co-founded InDialogue (2012 – present), a collaborative international research project that explores the use of dialogue through artistic practice.  Rhiannon has a PhD by practice entitled The Artistry of Conversation from Nottingham Trent University (2016). Until very recently, she was General Manager of Third Angel Theatre Company (ACE portfolio), and Associate Lecturer at NTU in the school of Art and Design. She is Chair of Cumulus International Contemporary Art Working Group and Resident Artist at Primary, Nottingham of which she has been a long standing and active member since 2012. She is a Trustee of New Art Exchange, Nottingham.

She is the lead creative of The Social Higher Education Depot (S.H.E.D) touring nationally from summer 2019-22. Cofounder and curator of InDialogue International Symposium and Artist Residency, taking place in November 2019 working with 16 cultural partner organisations across 3 midland cities in Derby, Nottingham and Lincoln. She is also an artist in the Expanded Studio Project, supported by ACE and Belfast City Council.  In parallel to this activity she has recently authored a chapter for Intellect Playtext Series –The Trilogy: Acts of Dramaturgy and an article in Staging the Wreckage, for Performance Research Journal. She is co-editing the publication InDialogue: an anthology and S.H.E.D: transforming spaces for cultural, social and political discourse, both publications with Palgrave.

Simon Burrows has 25 years of cabinet making experience within his own business. From concept to design, to making and fitting hand-crafted furniture, Simon has fitted some of the most luxurious spaces in Nottingham and London with the most beautiful bespoke designs. His career started in the pine furniture industry in the 90’s. But when pine furniture became unfashionable Simon continued “Making” with hardwoods and he says the key to his success was being mindful of current trends within his designs. Simon however, always wanted to pursue his affection for photography, being colour blind he knew it would be difficult. He decided to go back to study and applied for a place at Nottingham Trent University to do a master’s degree in photography. He is now approaching the end of his degree and has successfully exhibited at 3 separate venues within Derby Format festival 2019 and also as part of the Bauhaus centenary in the Wallner Gallery at Lakeside Arts in Nottingham 2019. It was during the curation of last year’s degree show that Simon’s practical skills were spotted and subsequently was asked to join the S.H.E.D. project. 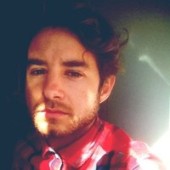 Originally from South Africa, Barend Slabbert is now the Programme leader for Interior Design at the University of Derby where he has been a faculty member since September 2017. He teaches across the board in the undergraduate programme. Barend professional work experience lie predominantly in stage-set and exhibition design, and the use and integration of CI into these platforms. He formed part of the design team of the 2015 World Expo in Milan. Barend completed his masters in 2016, investigating exhibition methods one may adopt in significant historical interiors when readapting these to contemporary exhibition spaces. His research interests lie in the area of phenomenology, adaptive reuse, contemporary exhibition spaces, historical interiors, temporary interiors, emotive and sensory spaces, spatial narratives and dialogues, and performance spaces. Barend has delivered a number of papers on the topics listed, and is currently investigating the pursuit of a PhD. Outside of work he travels a lot and is an avid outdoor explorer, always chasing new adventures.

Mark Hawkhead is a performance artist and technician currently based in Manchester. As a graduate of Manchester Metropolitan University’s Contemporary Theatre and Performance degree he has since become a part of the touring show, Concerto with Michael Pinchbeck and technician & dramaturg for Ryan O Shea’s solo show, I_Ran. Mark was also a front of house volunteer at the Flare Festival in 2014 and 2015, a festival that celebrated international theatre across various venues in Manchester. Mark honed in his skills as a technician during his time at university, utilising all of the equipment that was available to him around the campus to influence his work. He’s incredibly inspired by the S.H.E.D project and can’t wait to incorporate himself as part of the team!

Michael Pinchbeck is a Nottingham-based writer and theatre maker. He co-founded Metro-Boulot-Dodo in 1997 after studying Theatre and Creative Writing at Lancaster University. He was commissioned by Nottingham Playhouse to write The White Album (2006), The Ashes (2011) and Bolero (2014), premiering at Nottingham Playhouse before touring Bosnia & Herzegovina and Kosovo supported by the British Council. Michael’s work has been selected three times for the British Council’s Edinburgh Showcase. He is currently touring three shows: The Man Who Flew into Space from his Apartment (2015), Concerto (2016) and Solo (2017). In 2018, he was commissioned by New Perspectives to write and direct a new piece inspired by John Berger and Jean Mohr’s 1967 book, A Fortunate Man, to mark the 70th anniversary of the NHS which received four star reviews in Edinburgh.

Michael has a Masters in Performance & Live Art from Nottingham Trent University and a PhD from Loughborough University exploring the role of the dramaturg in contemporary performance. He has written articles for Platform, Contemporary Theatre Review, Dance Theatre Journal, Repertorio, Studies in Theatre and Performance and Performance Research. His work features in Podium, DIY: Do It Yourself and the forthcoming Routledge publication – The Twenty First Century Performance Reader. He has co-convened two academic conferences – Staging Loss: Performance as Commemoration (University of Lincoln) and Where From Here: 21 Years of Third Angel (Leeds Beckett University). He has recently co-edited a volume for Palgrave Macmillan, Staging Loss: Performance as Commemoration, and is currently editing The Trilogy: Acts of Dramaturgy for Intellect’s Playtext Series.

I am a freelance branding and identity designer based in Nottingham, UK. I have worked with Rhiannon for several years, developing the branding and intensity design for Wonderland (NAE, NCC and NTU) and I am delighted to be back and working on S.H.E.D.

Ben has a broad range of experience, having worked in a variety of art forms, and a variety of professional roles, including marketing, producing, programming, directing and facilitation. Since April 2018 Ben has been Creative Producer of In Good Company, the flagship professional, creative and business development programme for theatre makers and companies in the Midlands. In this role he delivers Departure Lounge Festival, the festival for ground-breaking contemporary theatre in the heart of the country. In this role Ben also delivers on The Big House programme part-funded by a £2.5 million contribution from the European Regional Development Fund (ERDF), via the D2N2 Local Enterprise Partnership’s ESIF allocation.

In Good Company is the flagship professional creative and business development programme for theatre makers and companies in the Midlands, providing mentorship, business support, resources and high-profile performance opportunities. In Good Company has transformed how artists and venues communicate and co-create exciting new performance platforms, commissions and touring networks. 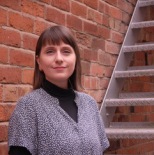 Having just completed an 18-month Administration and Production internship with Sheffield-based theatre company Third Angel, Sarah took up her current position of General and Financial Administrator for Unlimited Theatre in Leeds in spring 2019. In addition to this and her support on the S.H.E.D. project, she is also currently working on setting up a brand new event space and programme at Harland Works in Sheffield. Sarah originally moved to Sheffield from a small town in Lincolnshire (Stamford – more people have heard of it than she expects) in 2011 to study Events Management at Sheffield Hallam University. She graduated in 2015 with a first class degree, by which time the city had worked its charm and to this day, she’s still failing at ever leaving. Prior to Third Angel, where Sarah first worked with S.H.E.D.’s very own Rhiannon Jones, she worked in the marketing team at Lincoln Drill Hall, and in the events and operations department at Sheffield’s independent cinema, Showroom Workstation. Sarah greatly values the work she does and feels very strongly about the importance of the creative industries in giving individuals a voice, sparking conversation and encouraging collaboration. Facilitating the creativity of others is her way of supporting this.

I work at University of Derby across the School of Arts and the Department of Humanities and Journalism on the research impact agenda. This involves a range of activities to support research staff and students to plan, deliver and demonstrate the difference they make through their work. To do this I work closely with the central Research Office to represent the needs and interests of staff in Arts and Humanities who are carrying out research. I am a fellow of Royal Society of Arts and member of Institute for Small Business and Entrepreneurship (isbe). My current research explores the concept of the creative ecosystem and how this can influence policy and support to creative micro-enterprises. I work as an impact and evaluation consultant supporting cultural organisations to develop and demonstrate the impact of their work, and to understand and engage with their audiences. I write a lot of professional reports, communication and business plans, and web content.

My previous experience includes eight years in the public sector as a programme and strategic manager. The focus of this work was the professional development of Further Education teachers and lecturers. After this I spent several years as a consultant advising on charity strategy and providing researcher support.I have associated research interests in: Creative and cultural industries, particularly culture and heritage.Understanding and communicating with audiences, stakeholder mapping. Qualitative research methods, planning for impact, and writing practice.